Live Daily at 11am PST

Anna Anka moved to the United States in 1993 as an International Model, when she became Miss Hawaiian Tropic of Sweden. Anna Anka became Sag-Aftra Member in 1995 because of her appearances in “Dumb and Dumber” and she played minor roles in the films “The Specialist”,” Bio-dome” and “The Drop Zone”. Anna Anka also appeared twice in the TV-series “Baywatch”.

Anna Anka appeared in a massive successful reality show “Swedish Hollywood Wife’s” documenting every moment of her glamorous life. Anna Anka went from unknown to a household name overnight. The show was aired on TV3 and had the highest ratings, and set a new viewer record ever made for a program made by TV3.

Anna Anka appeared on “Skavlan” a Talk Show together with Jay-Z that supported her in her views about American’s relationships between a man and a woman in the US.

Anna Anka became the “Celebrity of the Year” in Sweden. Feb 8 is the National Women’s Day in Sweden, Anna Anka was voted to be the 8th most powerful woman in Sweden.

Anna Anka had her own Blog “a Christmas Calendar” on the Swedish Newspaper Aftonbladet. It became the most viewed blog in Sweden.

Anna Anka became Executive Producer on her own following shows:” In Shape with Anna Anka”, she flew 10 overweight people to LA to have a total body transformation in just 8 weeks, the results were stunning! “Anna Anka looking for an assistant” based on Donald Trump’s Tv Show “The Apprentice”, “Anna Anka’s Christmas” with seven well known established TV profiles in Sweden, and 2 seasons of “Swedish Hollywood Wife’s’”. She also appeared as a guest on a reality show “Jakten pa en Julestjerne” in Norway and did a guest appearance on “Trude” Talk Show.

Anna Anka was invited and gave out Awards at the “PR Byra 2009” in Sweden.

Anna Anka appeared in a Music Video in LA with 2 Swedish singers: Jenny”Velvet” Pettersson & Linda Bentzing. The song “Victorious” was a tribute for the Swedish Crown Princess for her wedding.

Anna Anka was Nominated for her show “Swedish Hollywood Wife’s” at the Shrine Awards in London. Anna Anka also gave awards to other nominees.

Anna Anka participated in “Dancing with the Stars” in Norway “Skal Vi Danse”, and appeared as a guest on the Talk show “Happy Day”

Anna Anka was the Winner of the TV Show “Fangarna Pa Fortet” and donated all the price money for the Children’s Cancer Hospital in Sweden.

Anna Anka participated in the show “Super Stars Celebs”, celebrities competing with and against Olympians and World Record Holders in different sport categories.

Anna Anka filmed a new show “How We Became Hollywood Wife’s”, it is about Anna Anka’s journey from the first day she came to the US, and how she became the huge celebrity she is today. She also did the Talk show “The Elevator” (“Hissen”) and the Bachelor TV show in Norway called “Kjerlighetsredet”.

Anna Anka found  herself in the midst of a toxic and very public custody fight in regard to false allegations. Anna Anka’s attorney Lisa Helfend Meyer said: “There is no evidence, no fact, no court finding on Anna Anka being an unfit mother, and it was outrageous to bar her from contacting her son. The elephant in the room is severe Parental Alienation. Meyer claimed Paul Anka prevailed using his fame and wealth to out-lawyer a woman who does not have the finances to combat him”

Anna Anka appealed child custody decision that completely bars her from access to her son without the legendary singer’s approval. Anna Anka called the ruling “unconstitutional” and claims she is the victim of extreme Parental Alienation, at the hands of her multi-millionaire ex-husband.

Anna Anka went through the “Breakthrough Experience” when losing her children lead by Dr John DeMartini. He neutralized her grief of her children, once she was brought into equilibrium, there was no more grief, only gratitude and love. Anna Anka learned no one is missing when you put them inside your heart. Anna Anka became a certified DeMartini Method Facilitator to assist clients to transform challenges and empower their lives.

Anna Anka did a comeback at the TV show “Swedish Hollywood Wife’s”. Her statement was: “Icons never make comebacks, they just wait for the perfect moment to take over the spotlight!”

Anna Anka got married to her longtime boyfriend David Johansson.

Anna Anka did “Framgangspodden” by Alexander Parleros, the largest podcast in Scandinavia with over 2.5 million listeners each month. The listeners praised her courageous story of sharing how she turned her tragedies into blessings that inspired hundreds of thousands of people.

Anna Anka did an interview for “KK Magazine”, the largest published magazine for women in Norway.

Anna Anka endured years of criticism, two unrelenting divorces and two custody battles. Her fails and triumphs has all been under the harsh share of the public eye. Anna Anka has got used to the tabloids and people making up stories and writing about her. She really has detached herself from the world of gossip and preconceived ideas. Anna Anka’s life has been a lifelong media circus. Anna Anka made a choice not to remain a victim of her history, instead she chose to become the master of her destiny. Emerging stronger than ever and discovering an even more proof of love because of those deep cuts. Her life has dramatically changed for the better by turning her tragedies into blessings. Every single event, person, place and ideas was part of the perfect experience she needed to build her dream. Not one was a mistake.

Anna Anka has successfully transitioned from a Reality Television Star in 2009 to a Lifestyle and Wellness Mogul.

The stunning transformation of Anna Anka. This superstar turned Wellness Mogul is more than just a pretty face. She is a down to earth entrepreneur who leads with her heart, trend setter, mother, reliable, inspiring, honest and genuine as she is loyal. Anna Anka finally scored the love of her life. Anna Anka says: “Marriage is not about Happiness, it is about fulfillment. People will only commit to you if you support their values. The greatest relationship is the one that gives us both support and challenge. A caring relationship is one where you communicate your values in the terms of your partners. Begin every day with a kiss, if you forget to kiss, you forget why you fell in love in the first place”!

“Anna Anka is a certified Demartini Method Facilitator and a graduate of the Breakthrough Experience, Prophecy 1 & 2 and Empyreal. She knows the study of both the universe and its origin- cosmology and cosmogony it is the most honorable and yet the most challenging disciplines of inquiry that highly intelligent human beings have ever pursued.” -Dr. John F. DeMartini.

Interact With Anna In Her Daily Life

Live Video and Live Chat Features With an Assortment of Topics and Activities in Anna’s Daily Life.

Interact directly with Anna Anka and her day to day activities.

Live Daily at 11am PST 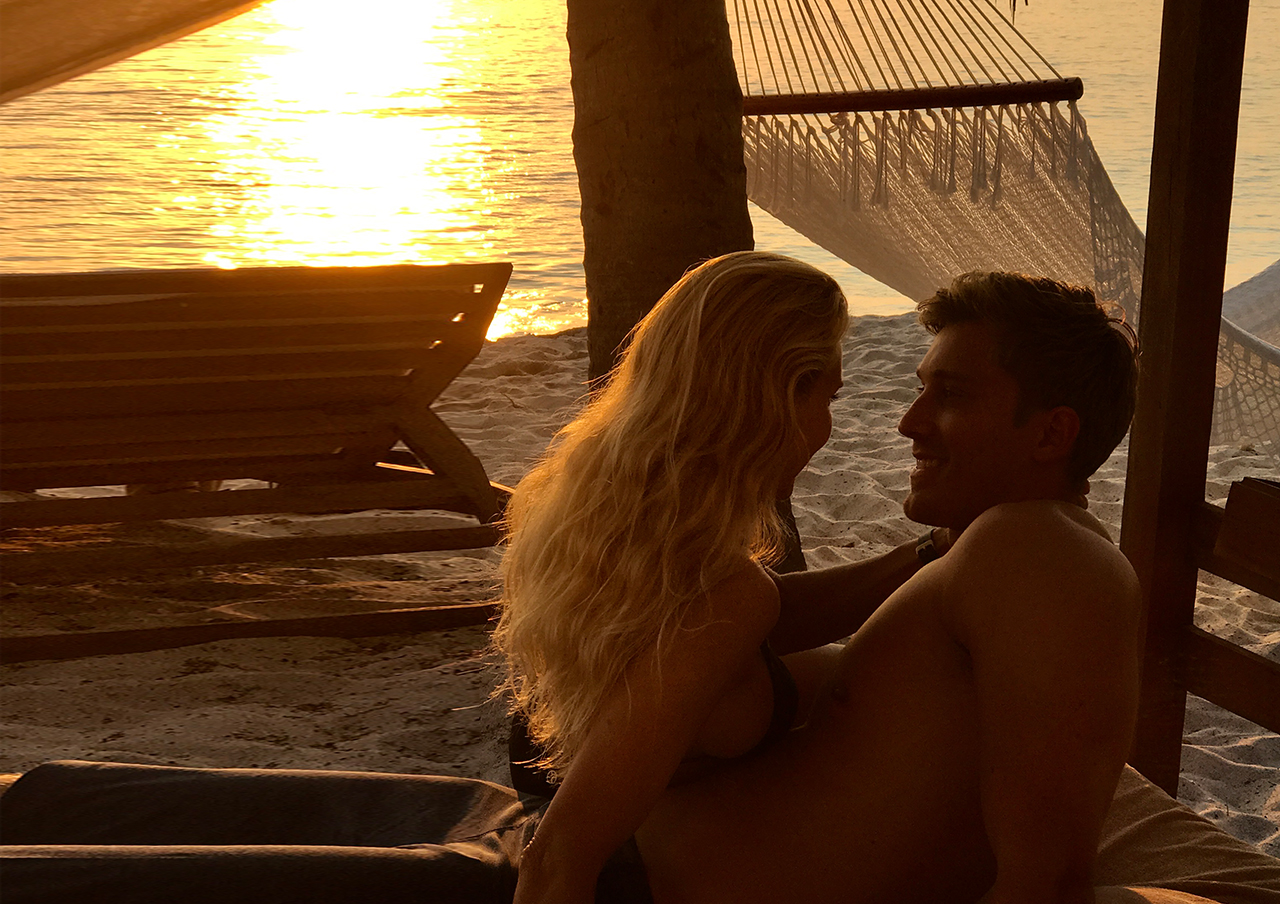 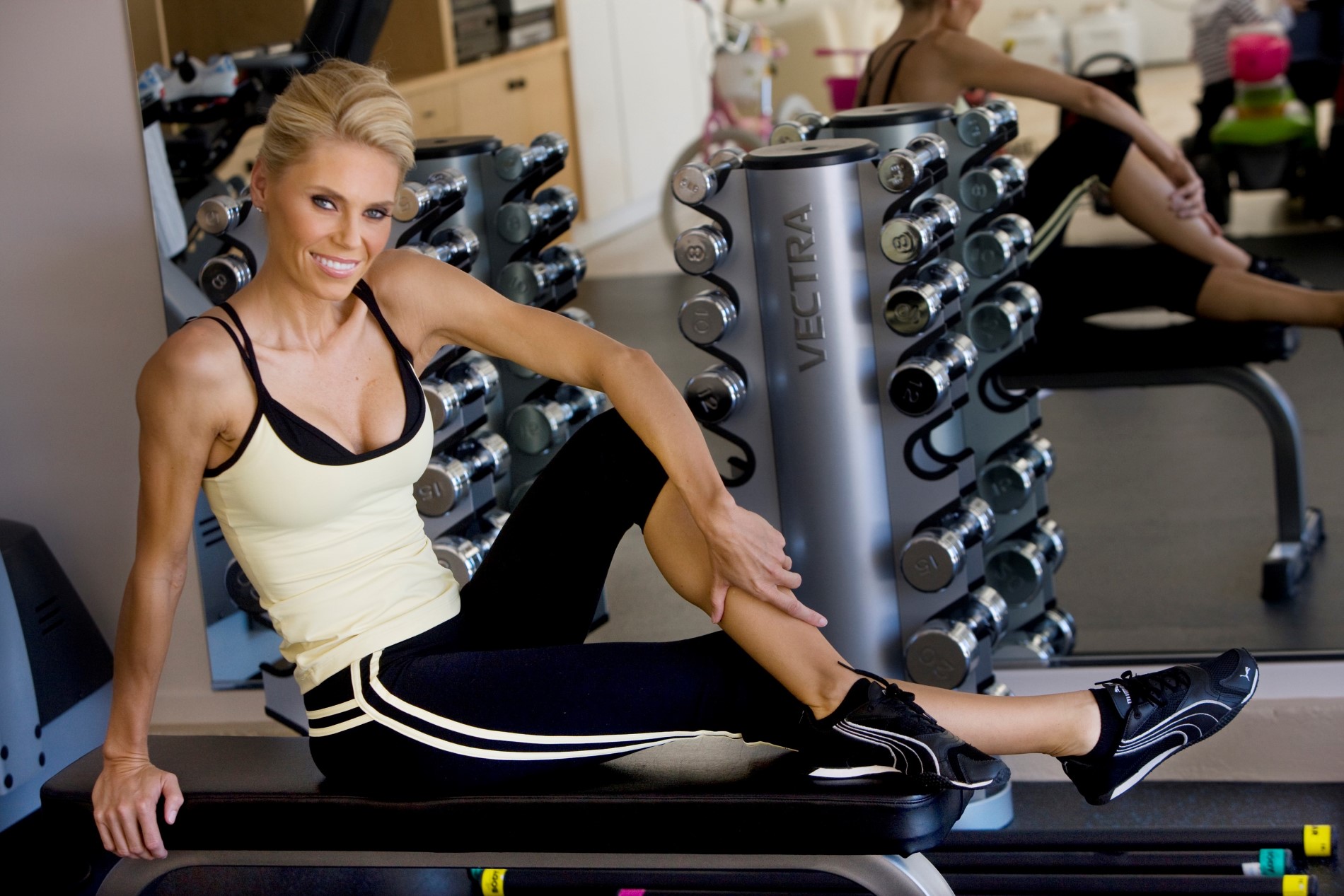 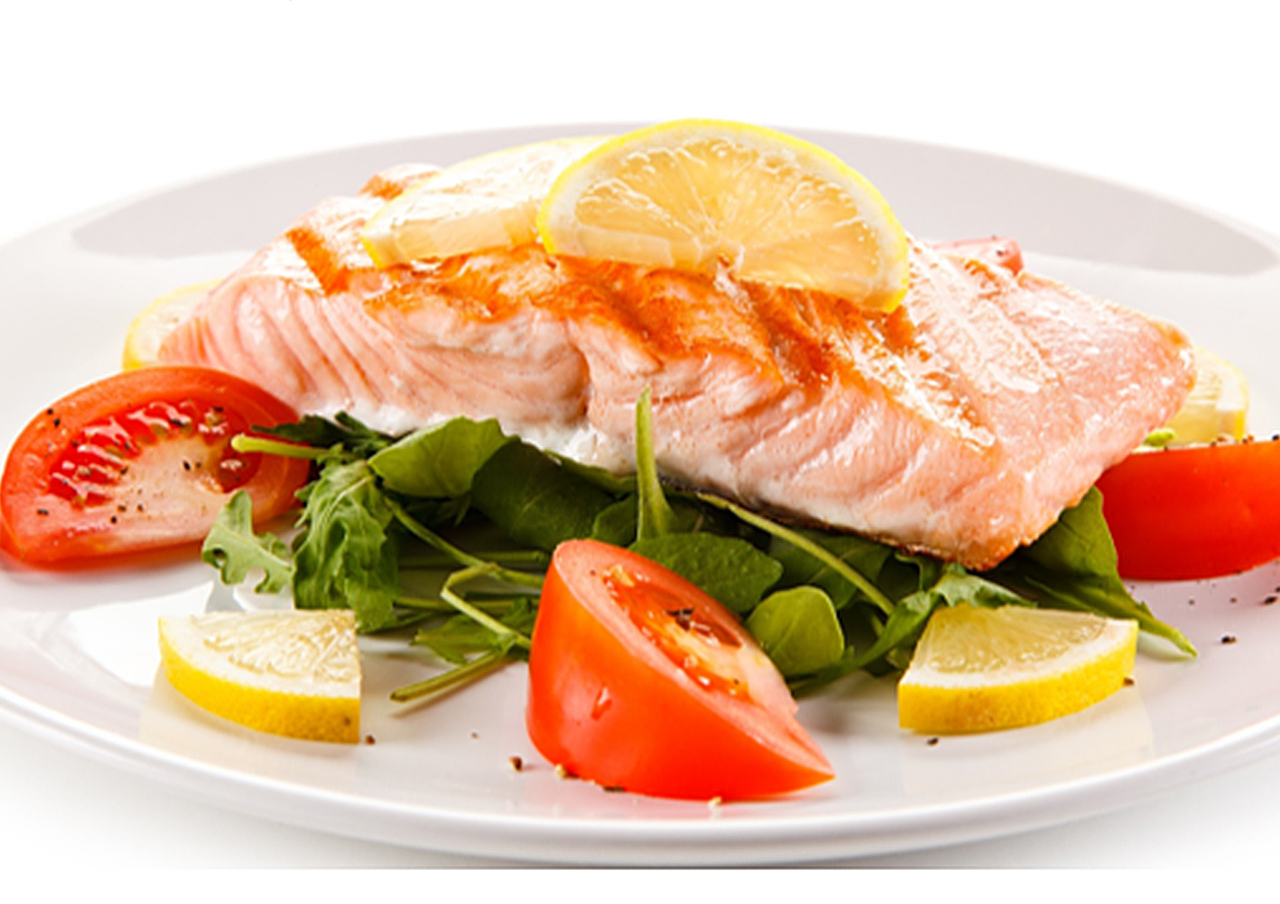 Anna Anka will give you the keys for a fullfilling life. 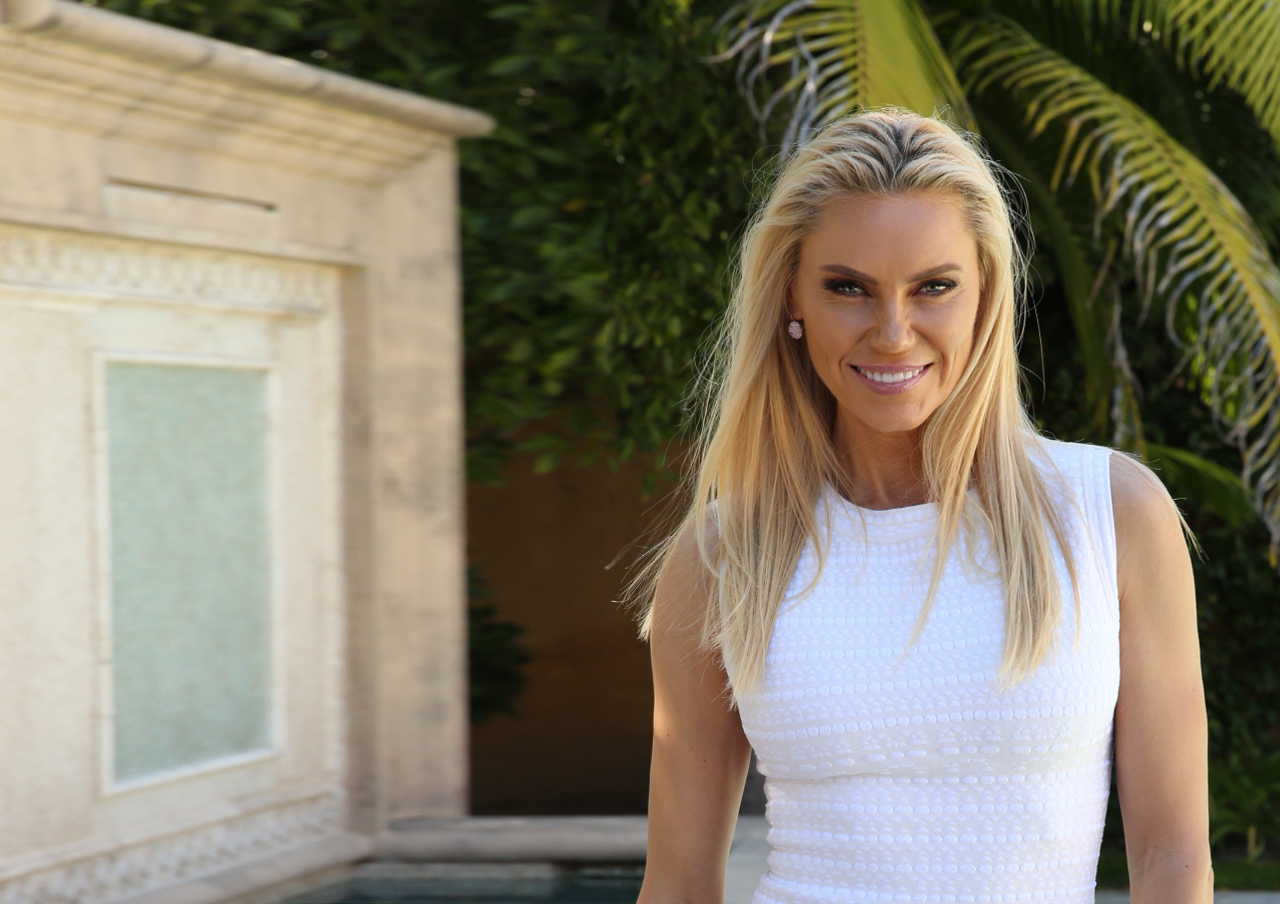 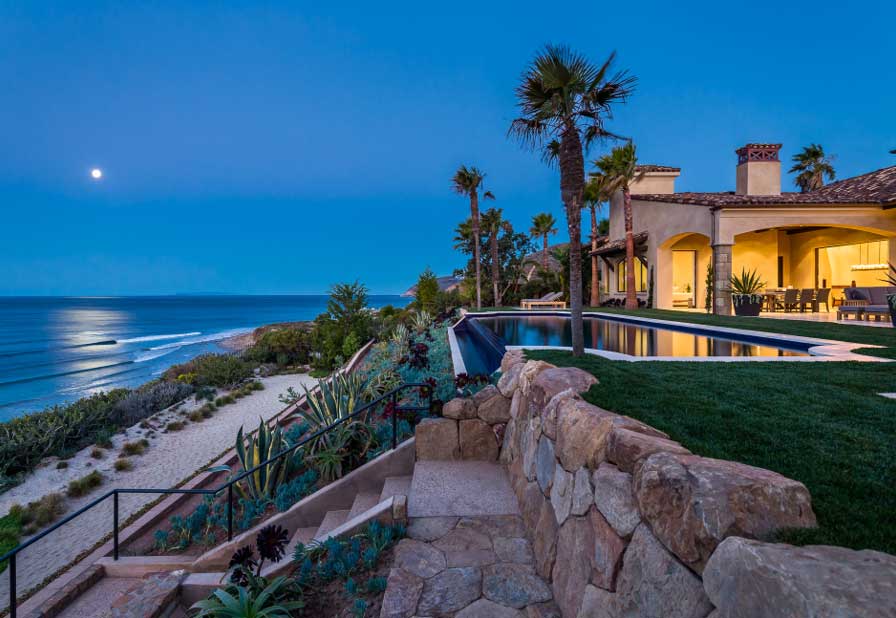